We’ll feature grisly songs and happy tunes for an early show (5 pm at the Sanctuary on Saturday and 6 pm at Kalona Brewing Co. on Sunday that will let you get home before the vampires wake up.

The Sunday version of the show at Kalona Brewing Co. is their annual Drink or Treat Halloween-themed night. We’ll provide haunted music from across the pond and the Champagne Academy Irish Dancers will be joining us for a bit of extra fun!

On tap for this event will be KBC’s Trick or Treat Pale Ale, made with actual Jolly Ranchers – available in-house only.

No cover for this special event; heavenly beers on tap and scratch kitchen open till close (8pm). Join us…if you dare!

Nothing makes me merrier than celebrating Christmas with Iowa’s finest Irish dancers as fiddler for the Champagne Céilí Band. 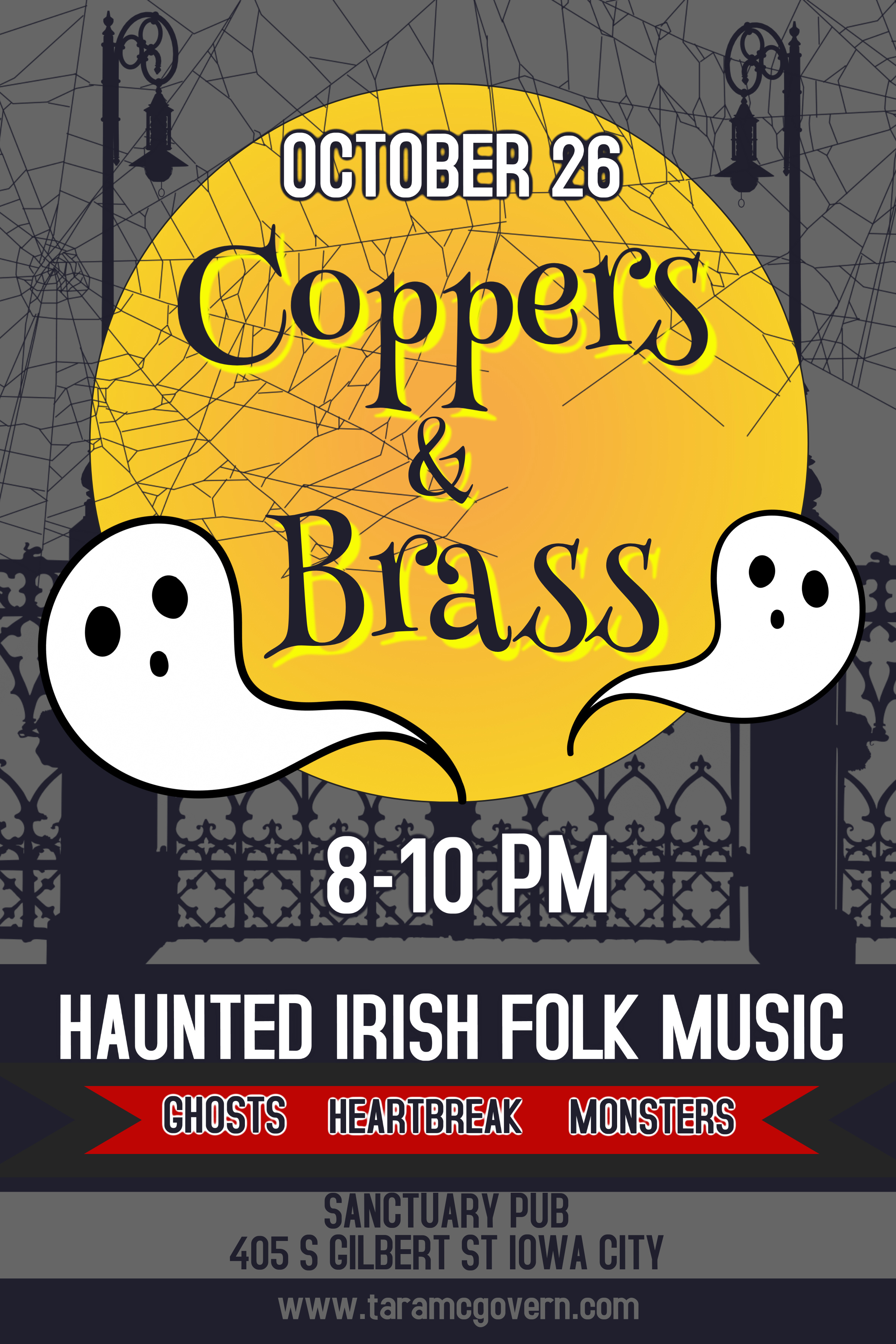 Frank, Joe, Keith and I have a show for you that is full of all the best of our most haunted music. Ghosts and monsters abound!

As a proud returning member of the Champagne Ceili Band, I warmly invite you to join us on Saturday, December 16 at 2 pm at the Johnson County Fairgrounds.

Christmas Ceili 2017: Christmas in Killlarney will be an afternoon of dance, music, fun, food and community.

Watch your favorite Irish dancers perform both traditional and contemporary Irish dance along with some seasonal favorites! Then join in for a jig yourself!
Performance
Ceili (social dance)
Pot luck
Tickets sold at the door: $16
3 and younger free (on lap please)

This beautiful Irish landscape was created by my father-in-law Jon Dutcher as a gift for my parents.

Regardless of how you feel about green beer or the question of the snake metaphor, today is a day to celebrate the depth of beauty and humanity in Irish culture now and for centuries past.

If you’re looking for a way to celebrate without leaving home, did you know that Tomm Moore’s Song of the Sea as well as The Secret of Kells (same creator and production team) are both available to stream on Amazon? Free if you have Prime!

If you still need more selkie in your life, I refer you to our version of “Song of the Seal” from our 2005 album I Shall.

No celebration is complete without live music though so we look forward seeing you tonight at the Coralville Center for the Performing Arts! All ages are welcome. The show begins at 7:30 pm.

Plenty of opportunities to catch some Irish music over the next several days! First, we’ll see you on Friday at 2 Dogs Pub. I recommend the black bean burger with teriyaki green beans. We’ll start playing at 8. 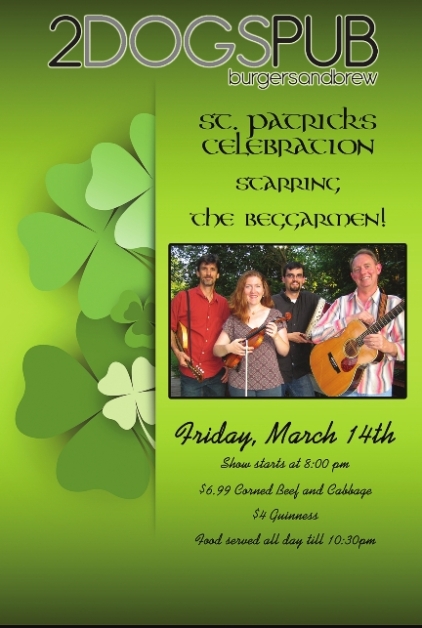 Then on Saturday, we’re thrilled to be opening for Dervish at the Englert. 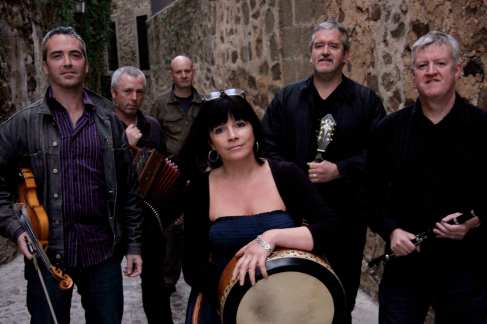 Sunday is a day of kitchen wizardry because on Monday, St. Patrick’s Day, we’re having a potluck and music event at Uptown Bill’s called ‘Ireland to Iowa; A Living Tradition‘. The potluck begins at 6 pm. I am bringing Guinness stew (one traditional and one vegan) and soda bread (one traditional and one gluten-free). There will then be a performance at 7 pm and a session beginning at 8 pm.

The plan for the 7 pm concert is to feature original compositions written in Iowa in the Irish tradition. The concert portion of the evening will feature compositions by me, my bandmates Brad Pouleson and Keith Reins, our friends Dave Hicks, Dennis Roseman, and Guy Drollinger and more and the session following the concert is open to all.

We hope to see some friendly faces as we celebrate our eleventh St. Paddiversary with the Beggarmen!