Skip to content
This week has been a sugar extravaganza.  It began with Valentine’s Day.

I thought we were doing okay because the only sugary goodness that was in the Valentine mailboxes were a box of conversation hearts and a handful of Tootsie Rolls. 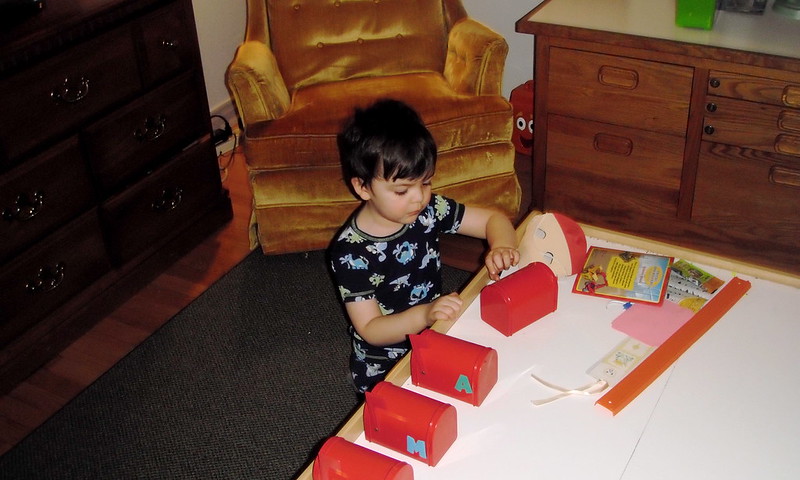 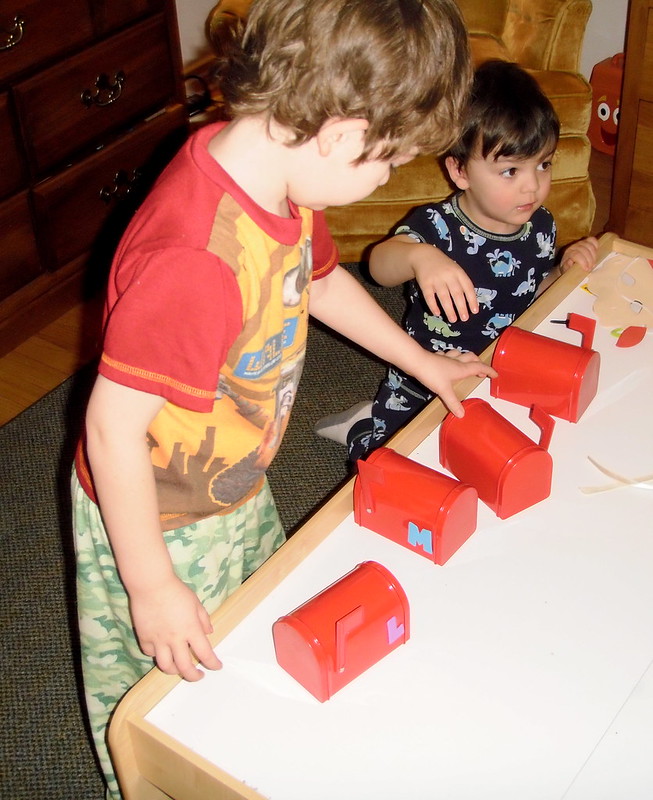 With our family relatively far away and so many of our friends having moved from our transitory community, mail is really important to us.  I really like the idea of Valentine’s Day being a time for renewing our commitment to keeping in touch with people via snail mail.  I found some Valentine’s pens and pencils and sweet little animal erasers and mainly used that to stuff our mailboxes.  The Kung Fu Panda stickers from Joe were the overwhelming favorite.

At Sunday School last weekend, we talked about St. Valentine and made little Valentine scrolls so I had to include some of those in the mailboxes too. 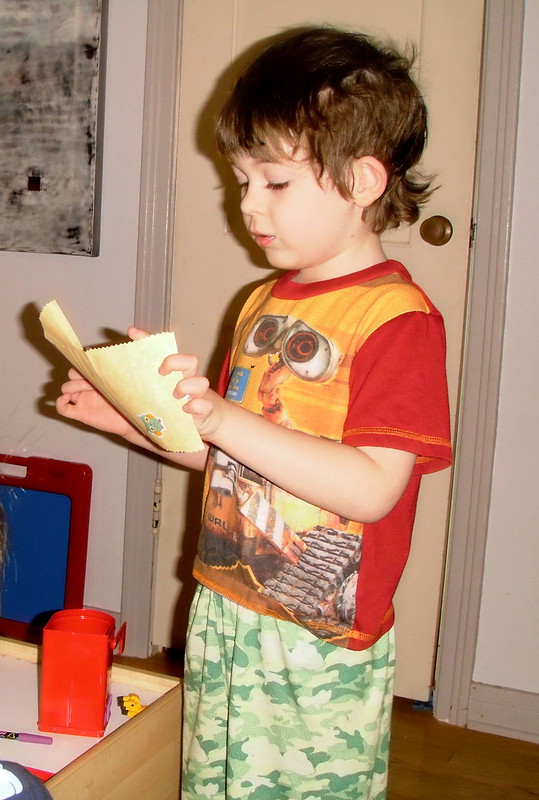 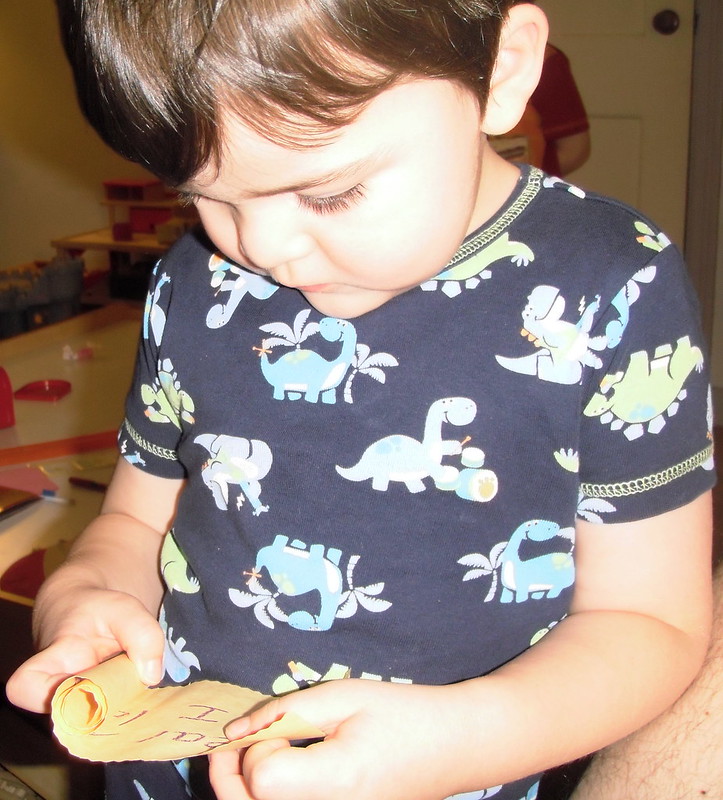 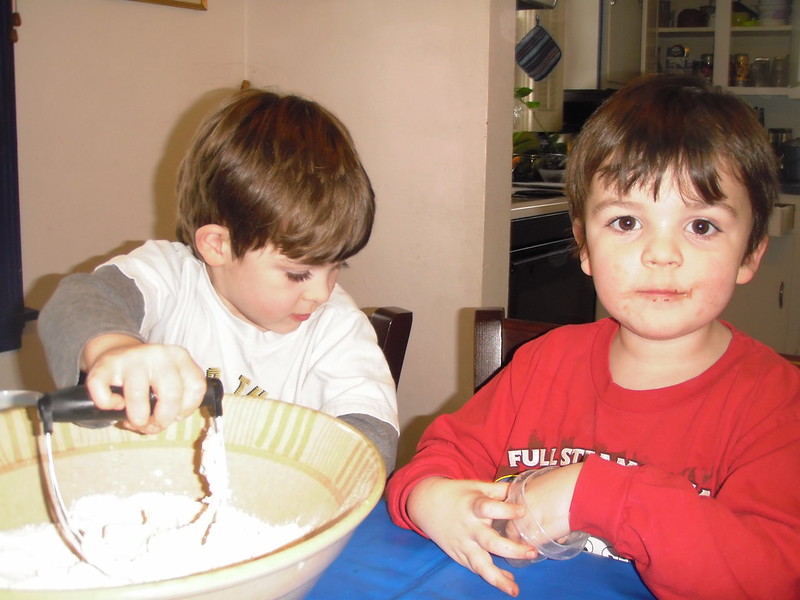 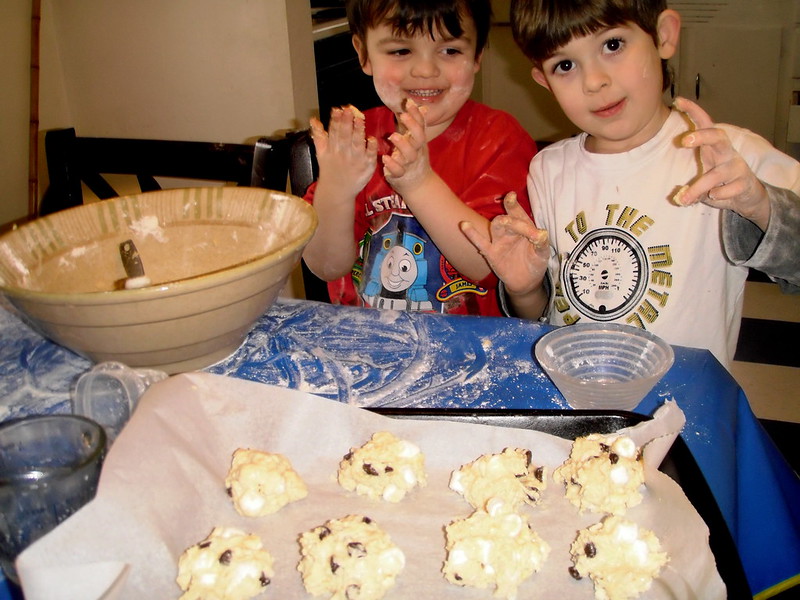 It was quite horrendously messy. 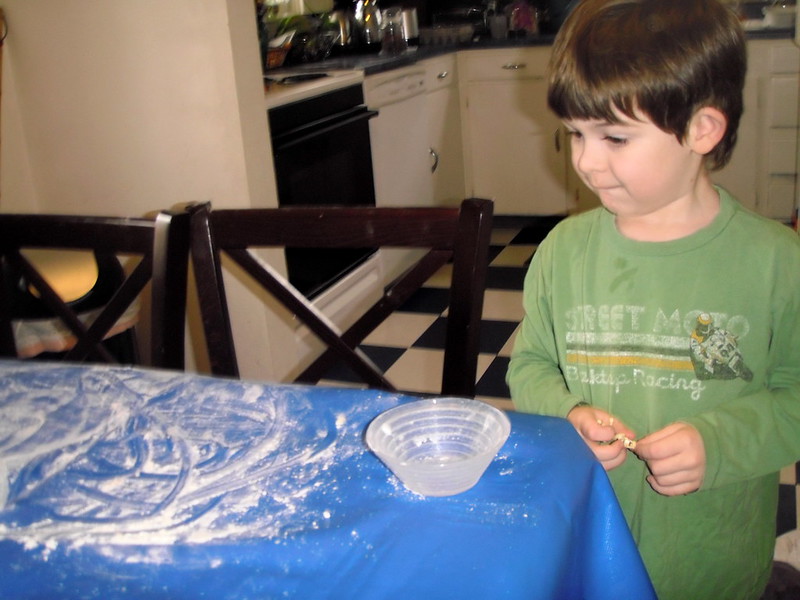 There was more than one wardrobe change. 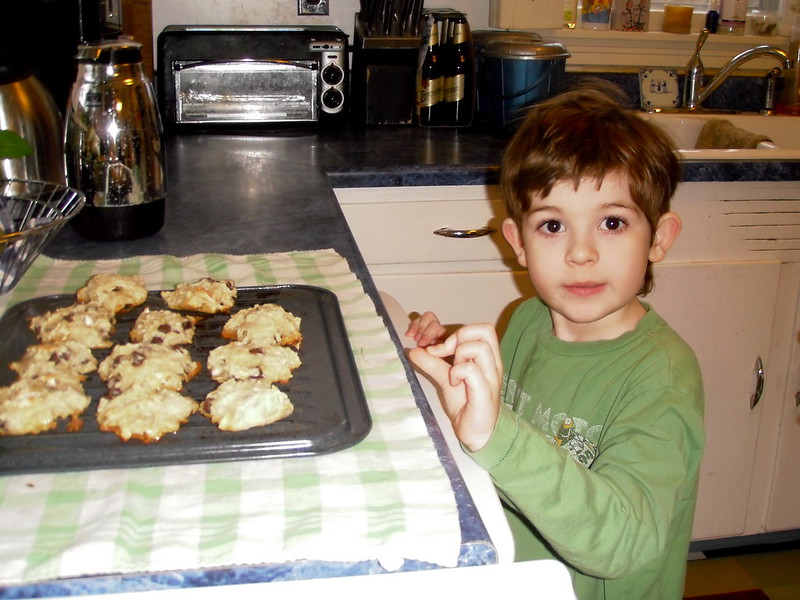 Unfortunately, or perhaps fortunately for our blood sugar, the end result was quite disgusting.  I don’t know why I stray from our tried and true chocolate chip cookie recipe.  It most certainly ain’t broke.

Liam’s verdict, delivered with equal parts disappointment and apology: “The chocolate chip part is good.  And they look like they should be yummy.”

There was plenty of satisfying flour squishing so the process was sweet anyway even if the product was lacking.

Baking every week is at least as important for me as it is for them.  Just as they are getting more accomplished at stirring and manipulating the pastry cutter, I too am trying to let go a little more each time.  I continually aim for a little less screeching in horror on my part as they careen toward the wall with their butter covered fingers.  I struggle to force myself to give them more freedom to use the measuring cups and spoons in their own delightfully haphazard way (baking is a science, people!) instead of pre-measuring everything into little bowls as I am wont to do.

Yesterday was not a great day for me in that regard.  I should have known better than to start a baking project when I had to teach in an hour.  There was yelling.  It wasn’t my best work.

Parenting is as humbling as it is rewarding.  I hope they remember the squishing more than the screeching.

4 thoughts on “Sweets for my Sweets”