“I thought of the word.”  Tom Gilsenan said to me yesterday when we took a break during the Irish session.

I looked it up last night when I got home and he’s right, it does describe our little informal group of musicians who began playing together at the Gilbert Street Uptown Bill’s a decade ago.

We feel compelled to play music that originated thousands of miles away and hundreds of years ago and that would be enough but the word has extra meaning for us because we started out our Irish session at Uptown Bill’s in 2001 and have migrated elsewhere before finding our way back home again.  We’ve also seen many of our members come and go, moving onward to Illinois and beyond, sometimes all the way to New Zealand (we miss you, Ted!).

The Uptown Bill’s session originally began when I came back to Iowa after my music therapy internship in San Diego  and dove into my year as an AmeriCorps VISTA volunteer at Uptown Bill’s.

Uptown Bill’s, sponsored by the Extend the Dream Foundation, is one of a unique series of small non-profit businesses managed and operated by persons with disabilities.  The founder, Dr. Tom Walz, was formerly the Director of the University of Iowa School of Social Work.  He has devoted his professional and personal life to fostering sustainable and meaningful life and work experiences for people who might not otherwise have as many opportunities.

My responsibilities at Uptown Bill’s centered around arts and music outreach into the community so establishing an informal Irish session felt like a natural choice.  When I was living in San Diego, I attended the Irish session that my parents attend on Sundays in Balboa Park so I was in the habit of regularly spending an easy afternoon playing tunes with friends.

When the sessions first began, they were every Sunday afternoon from 2 to 4 pm.  Sometimes it was just me scratching away by myself and sometimes I had twenty friends who drove in from every which way to jam.

The Beggarmen grew out of those sessions as well because I met Brad for the first time on one of those lazy Sunday afternoons.

After a while, the group got too big for the space and we reluctantly moved on but when my good friend Tom Gilsenan moved back to Iowa to become the new Director at Uptown Bill’s at a new, more spacious location, I started to feel the pull to have the sessions back at Uptown Bill’s again. 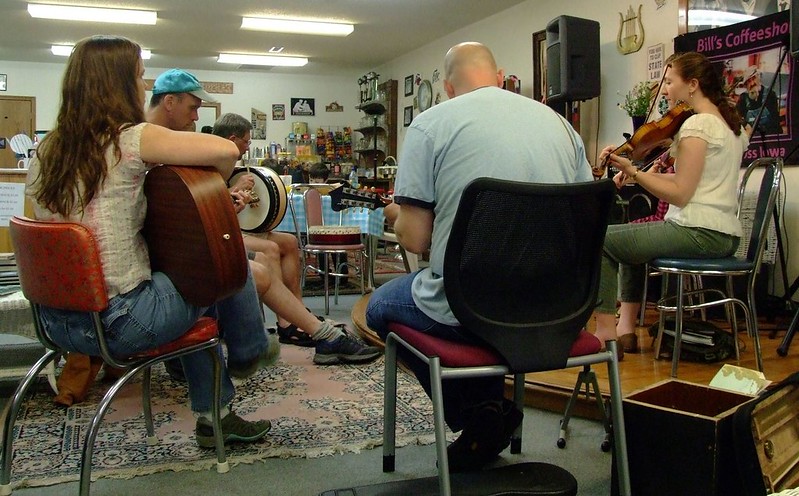 We were small but mighty but I know we will grow as we have before.  In attendance were Marc (guitar, mandolin, and fiddle), Maia (fiddle), Tim (guitar), Gerry (bodhran and tin whistle), Carrie (guitar and voice), Annie (fiddle), Joe (bodhran), and me (fiddle).

I’m going to try to remember to write down the tunes that we play at the sessions.  Hopefully I remember to keep doing this.

There’s no set list for a session but sometimes it’s fun to throw out a tune idea for a future session.  Gerry had the idea to do some mazurkas and sent me a couple to try so I’m going to learn Vincent Campbell’s 1 and 2 for our next session on July 2 from 4:30 to 6:30 pm.

In the intervening years  since the establishment of the session, we have gained some very enthusiastic and rather uninhibited groupies.  There’s only one way to pass this tradition along after all and that is to bring them into the fold. 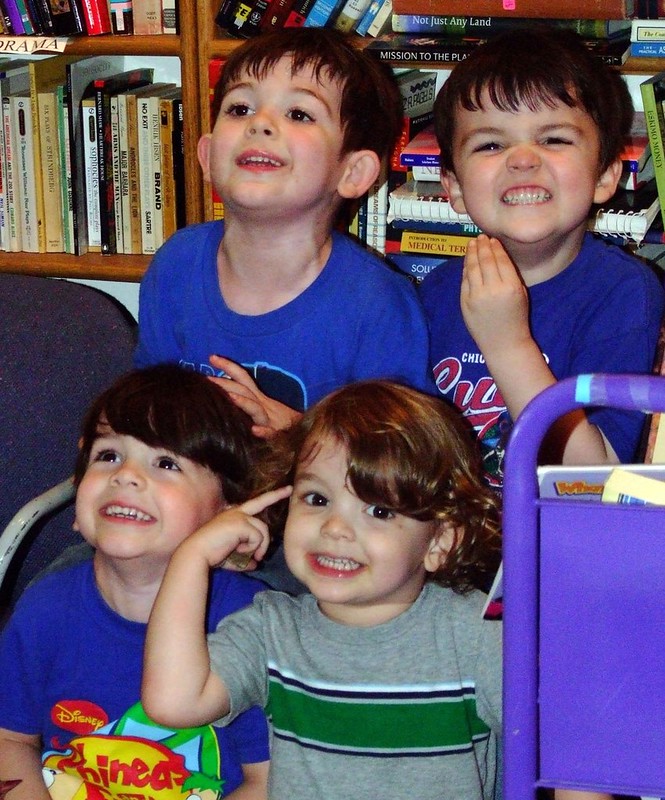 Sessions are open to everyone to come and play or listen or read or sip coffee, whatever your heart desires.  I hope you join us!

***My friend Carrie is an actor and musician who shares my deep and abiding love for musical theatre and she graciously agreed to sing us something that might not show up on any old Irish session list.  It was beautiful.

Photos by my friend Stephany Hoffelt.