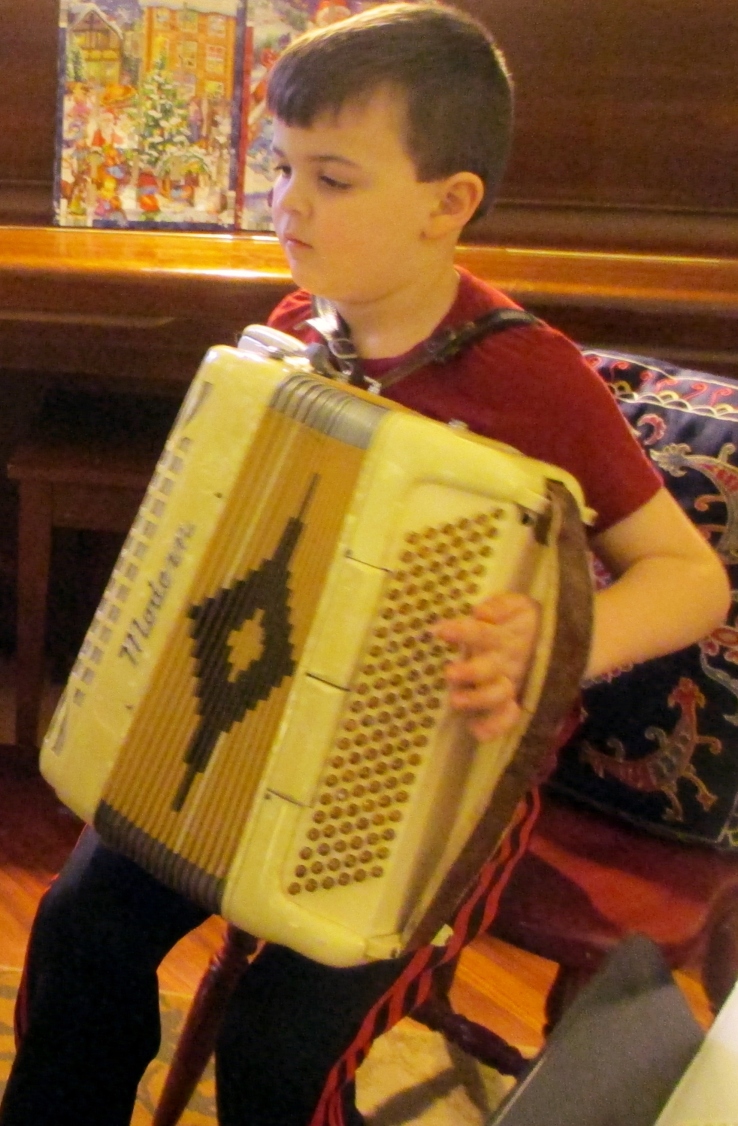 When I was twenty, I worked in the preschool classroom of a child care center and got to know the children and families really well. Since I was known to be studying music in school, I was often asked by parents to give some early music lessons to their children or to assist with music practicing for the older siblings who were already in lessons.

I was practically a baby myself and an inexperienced teacher but my advantage was that I knew the children so well.  I was taking a year off from being a full-time student to establish residency in Iowa and so I was at the child care center all morning and most of every afternoon. We ate our snack together at those squat little tables. I watched them squabble on the playground. I observed them making discoveries about words during story time. They were all bridging that magical time between being a baby and becoming a kid and it was fascinating to see the possibilities of the world bloom before their eyes.

There is one piano lesson that I will never forget. We’ll call him Jacob (not his real name) and he was about four years old. Jacob was a cheerful and comical little boy, very well liked by his friends. He was unusually proficient on the playground for his age, always the fastest kid to get to the slide and the first to tackle a new piece of playground equipment. No fear, no hesitation, just all energy and determination. I had already been working at the child care center part time for a year or so before that and I remembered him in the toddler room, always zooming around with a big smile.

I can’t remember what exactly we were doing that day at the lesson but I remember how his little fingers stumbled on the keys and how much grouchier he was than usual.

Jacob was a really smart and charming little boy and he was adept at steering conversations and situations to suit his purposes so I was never surprised when he became rather chatty. “I have a question”, he would say, and he would ask something vaguely relevant to the situation: “why are there black keys?” or “could I fit inside the piano?”

His frustration waned as his questions became sillier until:

Do you know that, until that moment, it had actually never occurred to me that a music lesson can be the first truly difficult task that a child has ever encountered? Learning to walk or to talk is no small feat either but the natural scaffolding of each of those skills makes their acquisition so gradual that the challenge can go largely unnoticed, except by the doting parents.

The good news is that learning to play an instrument becomes fun, more so over time, and that a positive relationship between a teacher and a student can carry both of them until then.

That conversation so long ago has informed my teaching so much through the years. I think back on it often to remind me of the enormity of what I’m asking of these amazing little people.

Beyond that, it has sustained me when my own creative work feels crushing and terrible and worthless. We tell ourselves that our work is hard because we’re lacking in some way. That’s not it. It’s hard because it’s hard.

Just fiddling around, mostly. View all posts by Tara McGovern

How close did I come to forgetting to take my photo on day 99/100? Toooooooo close! 😂
Thanks to a very lovely gift from @joseph_dutcher , I am now fully enchanted by tea blooms.
I feel so much better today but every day is a good day for a nap.
I’m sad that I can’t be with my mom today but I’m very happy that my sister Amelia is showering the love on her that she deserves.
Reposting with gratitude from Toronto artist Stephanie Chinn.
Shot 2 knocked me down but it’s not a wholly unpleasant way to spend the day.